The Fourier transform is a mathematical transformation that maps a function to another function. The result is essentially just another viewpoint of the initial function, as the inverse is unique and well defined, they both essentially hold the same information, but provide different ways of looking at it. The simplest case is a wave-like function:

The Fourier transform decomposes the initial wave into peaks, the peaks encapsulate information about how the wave can be constructed from scaling more basic sine waves. This simple formulation has outstanding consequences in mathematics, physics, engineering, computer science and medicine. For instance, Fourier transforms have been used to detect cardiac arrythmias in an ECG beat signal (Himanshu et al., 2011). Fourier transforms can also be used in audio compression algorithms by specifying only the highest component frequencies. The main point of a Fourier transform is that an otherwise complicated signal can be analysed by breaking it down into constituent pieces. In the experimental sciences, signals are measured using the relevant apparatus, and usually the information measured about the signal is incomplete. A signal can be fully recovered when the two values of Fourier phase and magnitude are known. Usually, an engineer or scientist will measure the so-called power spectral density of the signal, which is just another name for essentially the Fourier magnitude. It remains that to reconstruct the signal, we need to find the Fourier phase. This is a massive field of research in mathematics and is dubbed the ‘phase retrieval problem’ and can be placed in a class of problems called ‘inverse problems’.

To show the importance of the Fourier phase, we consider two images, a lake and an aeroplane. The information in each of them represents a 2D discrete signal, so we can consider the Fourier phase and Fourier amplitude for each. Next, we swap the phases between the images, but leave the amplitudes the same. Then, we recover each of the images to see the result:

As we can see, the information contained in the phase plays a huge part in the structural detail in each of the images, so it is a very important factor in the recovery of a signal. Another method called phase contrast imaging manipulates the same principle. By using optical imaging in the x-ray range, an earphone plug can be contrasted using phase to emphasise certain types of structural detail. 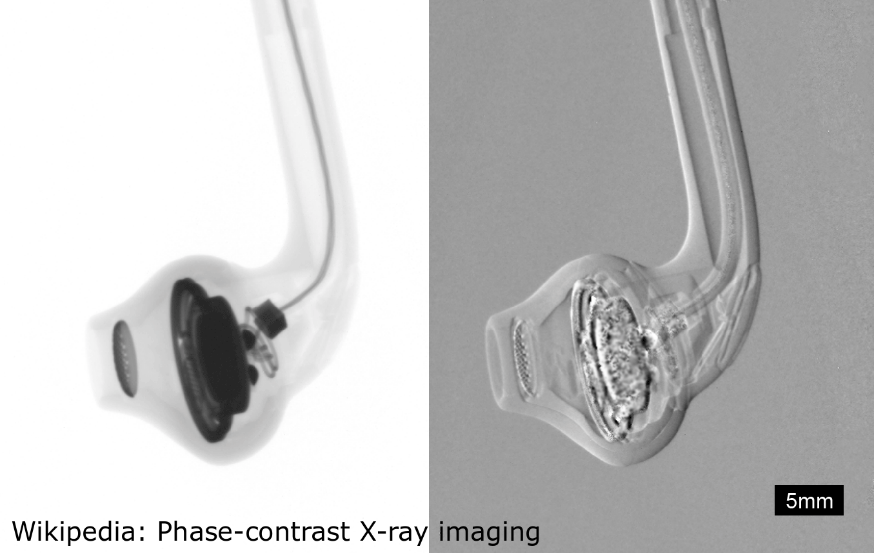 James Martini was a recipient of a 2018/19 AMSI Vacation Research Scholarship.