For over two centuries, Australia’s terrestrial mammals have experienced significant declines in population and brutal extinctions. Why? Primarily because humans introduced European red foxes (vulpes vuples) and feral cats (Felis catus) to the mainland. These vicious pests roam the immense deserts and grasslands of Australia, devouring any small mammal that crosses their path.

Of the 246 terrestrial mammal species of Australia, 30 have become extinct and a further 63 are extremely or highly susceptible to predators. What these susceptible mammals need are predator-exclusion fences – tall, high-voltage, Jurassic Park-style fences, which offer refuge and protection from invasive predators. Unfortunately, only 25 of the 63 endangered mammal species are currently protected by 17 conservation fences across Australia, including Australia’s Easter Bunny, or the bilby (Macrotis lagotis), and the adorable quokka (Setonix brachyurus). Decades of experience has shown us that fenced enclosures, along with predator-free islands, are the only solution for these highly susceptible species.

However, fences have their limitations. Although animal populations flourish inside fences, there is nothing beyond their walls. So, instead of building ‘perfect’ fences, we should be building ‘imperfect’ fences that allow animals to leave the fenced region and create a ‘halo’ effect of animals in the surrounding area.

Imperfect fences allow animals to escape outside their walls. If only a few animals escape, the halo that is created will be small and localised around the fence. More escapees create a larger halo, but too many escaping animals can drain the populations inside the fence. The question then becomes, how big should a halo be? In other words, what is the optimal rate of escape of animals from the fence. And, more importantly, how does this vary for different species and landscapes?

The goal of a fence is to protect vulnerable populations. So the best fence will create the biggest population – the animals inside the fence, plus those on the outside (in the halo). To work out the best fence, we made mathematical models based on differential equations from ecology.

Instead of boring you with the maths, I’m going to skip straight to the solution and its implications. Our models produce three general outcomes based on the growth rate of the endangered species and the level of predation:

So, what does this mean for Australian mammals? Quokkas, for example, have a growth rate of 0.63, meaning for most predation rates, having a halo will be most beneficial. For landscapes where predation is high, quokkas will not be able to survive and need perfect fences. The bilby on the other hand, has a higher growth rate of 3.06, meaning that for the majority of landscapes, a halo of animals will maximise the species’ population size. 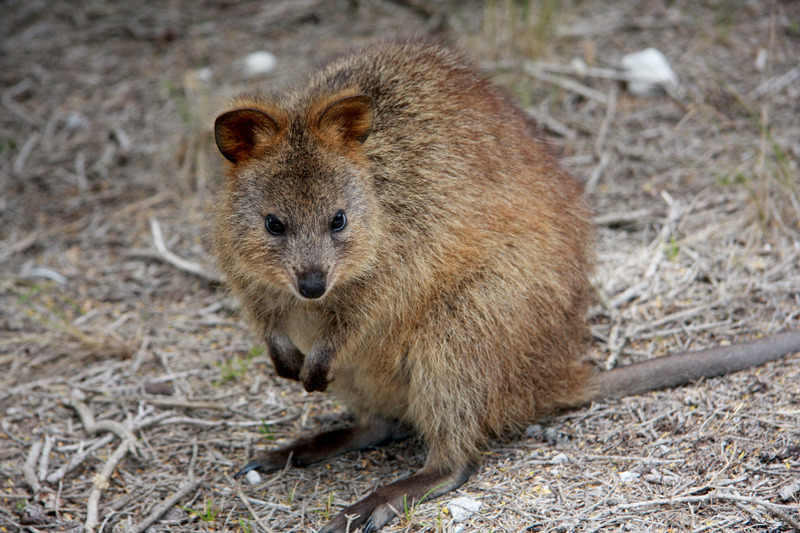 Kanupriya Agarwal was a recipient of a 2018/19 AMSI Vacation Research Scholarship.