You may have heard the idea before that an object thrown into deep space will continue moving forever. It won’t slow down, speed up, or change direction. This is because, to change the way it’s moving, our object would need to interact with something else. Something needs to give it that little ‘nudge,’ otherwise known as a force.

Not necessarily. We only think that a nudge must have occurred because we cannot see the full picture. As an example, we’ll look at an ant (Ned) in a 2-dimensional spacetime. Ned lives in a world with only one dimension of space, and one dimension of time. One day, Ned refuses to budge from his bed. We can represent Ned’s motion as the blue line in this graph, not moving in space even as time passes. At the beginning of the day, he throws his favourite toy out into deep space. Once the toy leaves Ned’s hands (and the earth’s gravitation pull, and the atmosphere), it doesn’t interact with anything else, so it follows a straight line on our diagram, shown by the red line. 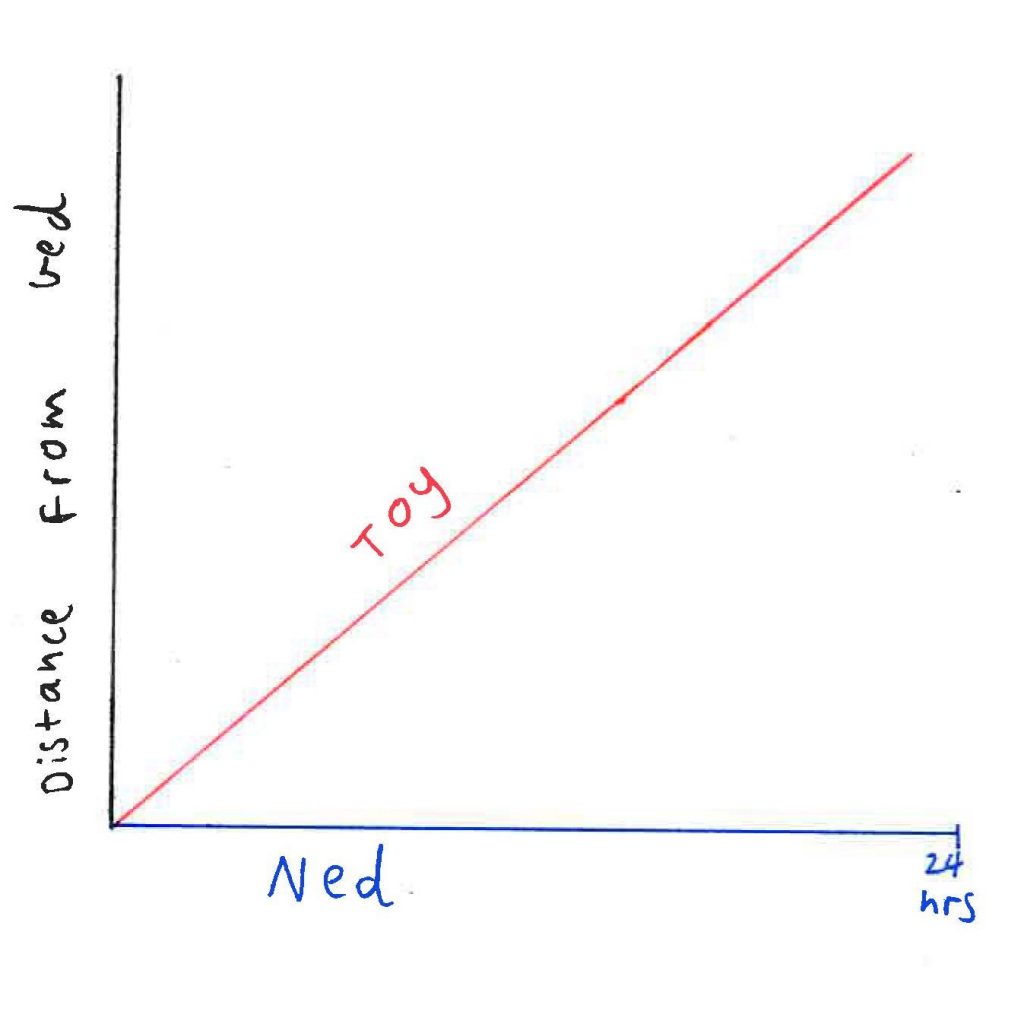 It might seem like Ned has no hope of getting his toy back, but with a little help from a curved spacetime, we can ensure that his toy returns at the end of the day! We’ve assumed that Ned’s spacetime is flat by drawing our graph on a (flat) piece of paper. Instead of this, let’s draw it on a sphere. 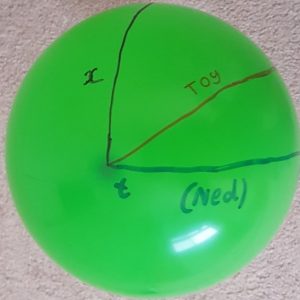 Here, we can see that at midday, the distance between Ned and his toy starts shrinking, and at the end of the day the little toy does return to Ned. Ned, who cannot see the full picture, assumes that something must have ‘nudged’ his toy to make it turn around and return to him. This time, however, we can see the full picture, so we know that no nudge really occurred.

Kyria Wawryk was a recipient of a 2018/19 AMSI Vacation Research Scholarship.