In recent years there has been a surge in the interest of using computational methods and tools for art creation. Algorithms are a key component of computation.

An algorithm is a sequence of well-defined steps to solve a problem or accomplish a task. There is considerable debate on what constitutes algorithmic art as opposed to other forms of art, with some definitions requiring the human artist to have devised the algorithm with an intent in mind, and others considering it synonymous with computer-generated art. Algorithmic art is often considered to be a subset of generative art, which is where some form of autonomous system has been used in some part of creating the artwork.

Algorithmic art is not an entirely new concept – following rules to create patterns has been an element of art creation for centuries, for example, in the mathematical patterns and tessellations of Islamic art. Since the 1960s, computers have become an integral tool in generative and algorithmic art forms. As computers and technology have developed, so too has the art created with them.

While the idea that a computer could create artwork entirely by itself is still a science fiction concept, the software tools that can be used for computer-generated art are becoming increasingly sophisticated. I think it’s important to note that all computational art generation methods still rely on input from humans – supplying the initial image or text keyword prompt, selecting parameters, the programming, assembling the training sets, and other decisions made during the creation of the artwork.

Over the summer, as part of my AMSI VRS project, I looked at algorithms for arranging mosaics of image tiles. The project was based on the research of my supervisors, Kate Smith-Miles and Andrés Muñoz, and the artwork they created, Negentropy Triptych (2019). In the artwork, each panel of the triptych is a mosaic of smaller image tiles, these smaller images consisting of the contour plot of a mathematical function using a blue to yellow colour spectrum, with blue representing the minimal values of the function. These functions were developed using a genetic programming algorithm and have interesting shapes.  The artwork displays these visual representations of functions in three different arrangements on an order-disorder spectrum based on connecting the blue ‘rivers’ across the tiles. While the image tiles in mosaics of the Negentropy Triptych are manually swapped, they also explored using an algorithm to automate the process of arranging the image tiles. 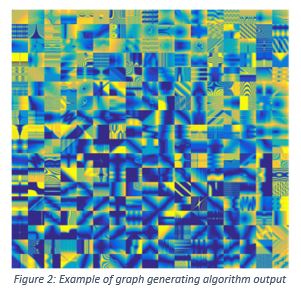 My project involved exploring modifications of the algorithm they used and developing alternative algorithms to further enhance or destroy the ‘river’ patterns. The research challenge is to find a way to automate the arrangement of the mosaic tiles in a way that either enhances or destroys the global blue river connectivity. Rather than using optimisation techniques based on a swapping, I approached the challenge from a new perspective: representing a blue river portion of the mosaic as a sub-graph and using optimisation techniques to decide which sub-graphs to join together with the aim to maximise the path lengths of the connected blue rivers across the mosaic. It was a different idea, and my project demonstrated its potential. It has been a really interesting opportunity to apply some of the maths and computing that I’ve learned to a project that involves art.

Hannah Perry
The University of Melbourne 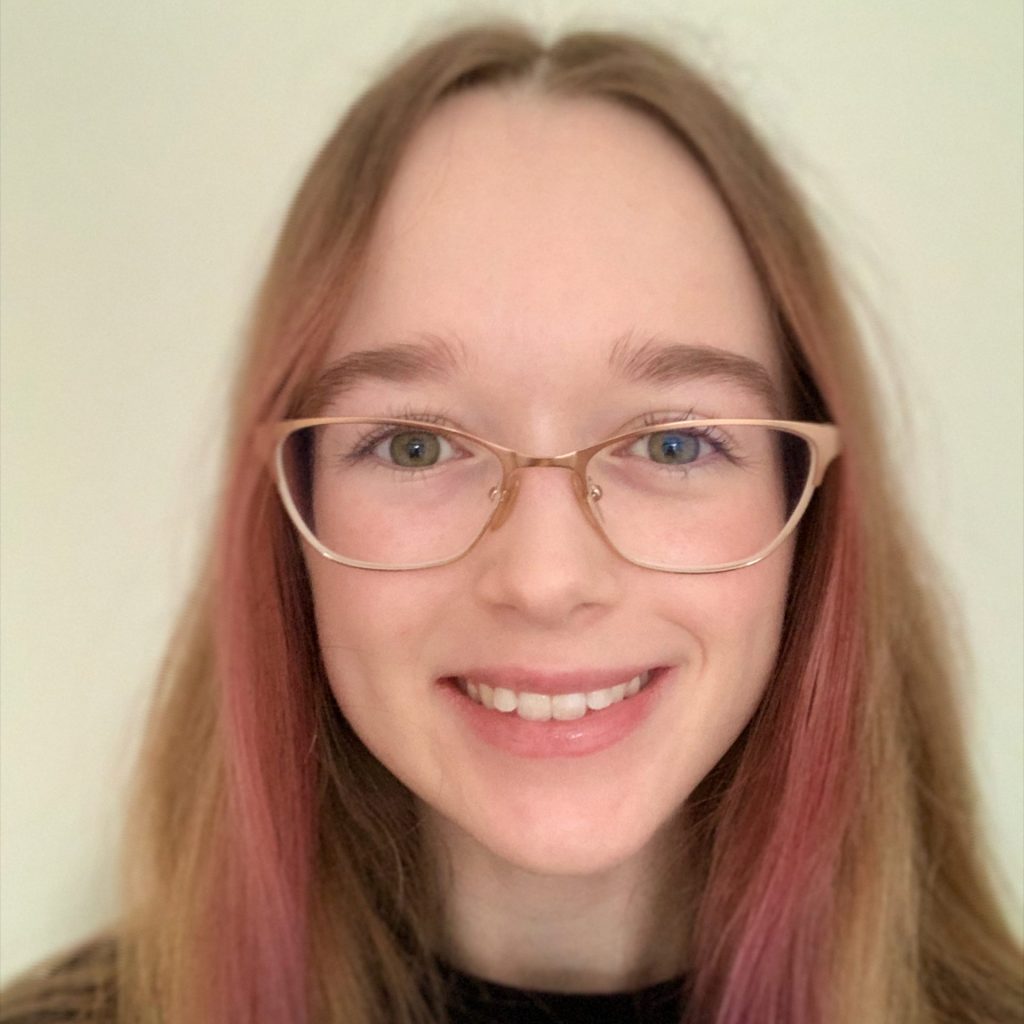