Mathematicians have been interested in the study of shapes since its very inception. In modern times, many very sophisticated tools are at the mathematicians’ disposal to study shapes. We give a simple example to motivate how one might quantify the twistedness of a shape, even in higher dimensions when it cannot be visualised.

In my project I studied mathematical objects known as vector bundles. A simple example of a vector bundle is the surface of a cylinder. A cylinder can be constructed by taking a piece of paper and gluing the two ends together, as shown in Figure 1 (1). 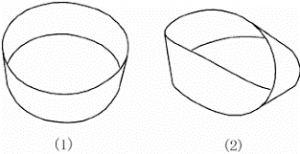 Now imagine I draw a straight line horizontally through the middle of the piece of paper, dividing it into two regions. I pose the following challenge: can you draw a curve from the left end of the paper to the right end (without your pen leaving the paper) so that

Hopefully your answer was yes. Several solutions are shown in Figure 2 in black, blue and red.

Now let’s look at another example of a vector bundle, called the Mӧbius band. The Mӧbius band can also be constructed by gluing together a sheet of paper. Just like the cylinder, we want to glue the ends of the paper together but this time we first turn one end by 180°, and then glue the ends together. You should end up with a shape like Figure 1 (2).

If you play around with this for a while (and I suggest you do!) you will find that there is no way to satisfy both of the rules. To line up the endpoints you must pass through the middle line, as shown in Figure 3.

The reason we can never succeed in this challenge now is because the Mӧbius band is twisted. In fancy maths lingo, we say the Mӧbius band is a nontrivial vector bundle. In my summer research project, I studied ways we can precisely quantify how twisted a vector bundle is, even if the vector bundles lives in higher dimensions that we cannot visualise. To attack this problem, I used many different tools from geometry, topology and calculus. 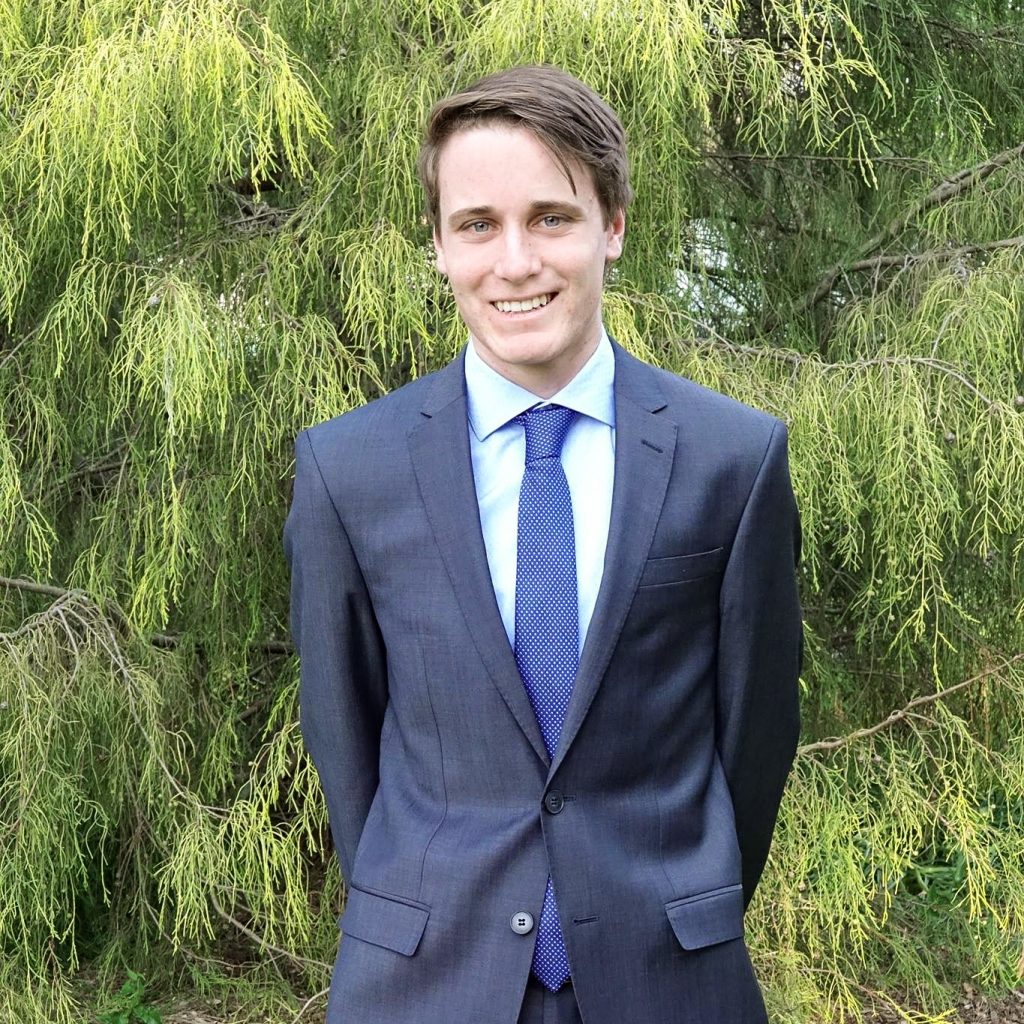