Have you ever wondered how flocks of birds or schools of fish can move so well as a group? Research has shown it all comes down to local interactions between neighbours. However, less is known about the interactions between individuals in slower moving animal groups: animals like galahs. It turns out, that these pink cockatoos follow similar rules to those high-speed flocks and schools, even though they’re moving very different contexts.

Have you ever found yourself watching a flock of starlings or a school of fish and wondering how they manage to move so fluidly? They couldn’t possibly be reading each other’s minds… could they?

Well, no, but these strange formations have prompted several bizarre explanations in the past, including telepathy. Now, thanks to decades of research, we know that coordinated movement is usually achieved by individuals reacting to the movements of just those nearest to them. These animals are essentially following two simple rules: keep up with everyone and try not to crash.

This has been extensively documented for high-speed, high-density groups like the fish or flocking starlings, but the animals I’m interested in tend to be a lot more laid-back. I’m talking about Galahs (Eolophus roseicapilla). These pink cockatoos are highly social and are often found playing and feeding in groups on the ground. It is not immediately obvious that these birds care about the positioning of their neighbours since they are not exactly risking life and limb if they collide. It is reasonable to suggest then, that they may be following different rules.

To investigate these rules, I spent the winter of 2020 photographing galahs on the ground. From these photos, I recorded the separation between birds and the direction they were facing. Once I had some real-life data, I attempted to model the way the birds move through a series of random walks: think chess but all the pieces are kings. Each simulated bird could only move one space vertically, horizontally or diagonally per turn. The direction they moved was random, but the probabilities were influenced by the birds around them. These kinds of models may sound simplistic, but they actually provide us with a useful and somewhat accurate tool for modelling motion.

From the comparison of these models to the real-life data I found that, like the high-speed groups of fish and starlings, galah movement is determined by just a few of their nearest neighbours. This result surprised me, as while watching the groups I had gotten the sense that individuals could take their time observing their surroundings. They could get a complete picture of where the juiciest grass was or where they would be least exposed. But that wasn’t the case. As is often the way in nature, the optimal solution for these animals is one that balances effort with benefit ̶ just paying attention to a few near neighbours keeps the group together whilst maximising foraging time!

Rebecca Rasmussen
The University of Melbourne 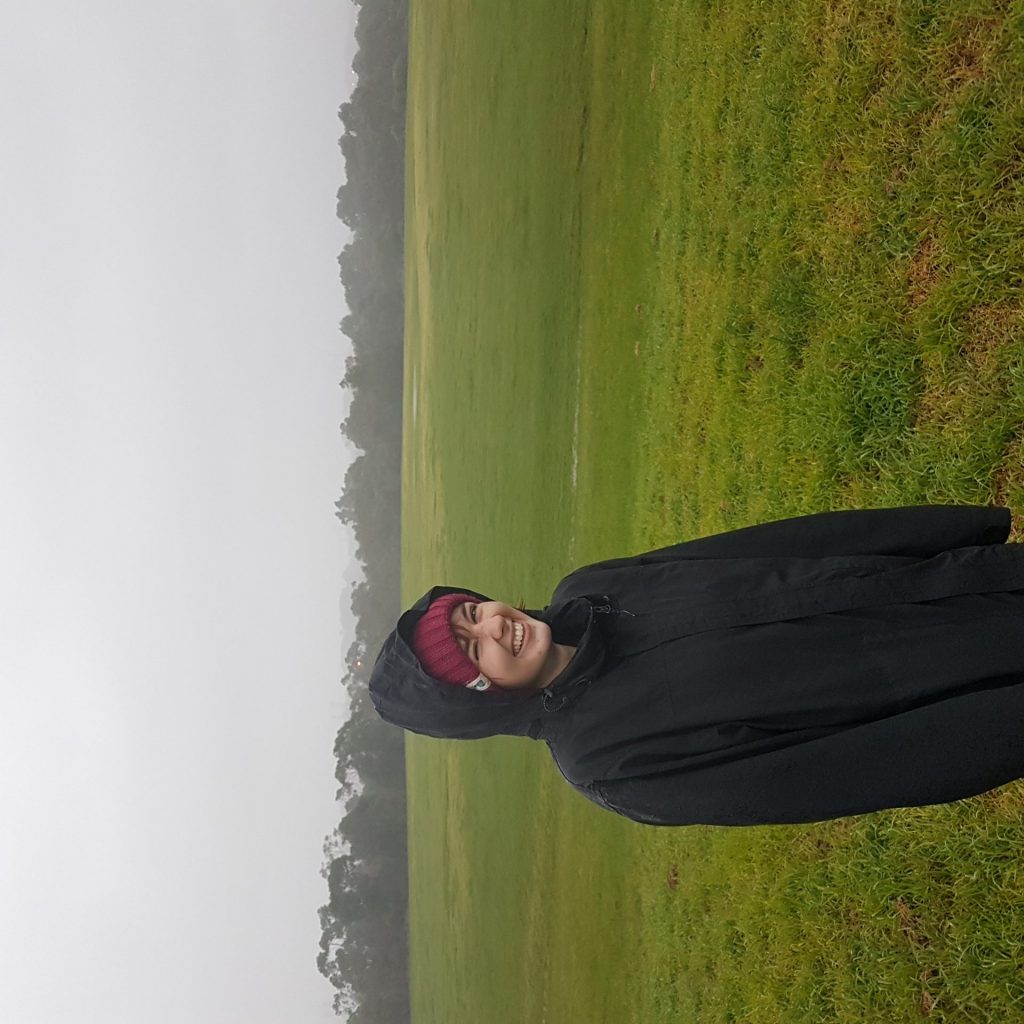