My interest in mathematics is so much a part of my life that it is difficult to know how or why it developed. It might be easiest to just accept the assumption that the real parts of my life are only 1/2 if I do not engage with where my interests lie: in solving puzzles and problems. (Apologies to Riemann and his Hypothesis.)

I first became interested in mathematics at an early age because I was always attempting to solve the puzzles that my primary school teacher kept at the back of the room. She would reward anyone who finished their studies early by allowing them to take a puzzle and play with it. I found myself intrigued by their intricacies, even as a 10-year-old. But more importantly, I was being introduced to the notion that these problems were fun. They were a reward. And while at this age I was only concerned with the physical aspect of a puzzle, later I was able to connect the shapes and how to solve them with the mathematical concepts I was learning.

At the same time, I also entered competitions that depended on problem-solving rather than prior knowledge. Competing in these areas was stressful because, after all, who enjoys exams? But they were always exhilarating even so. Later, in high school and with the encouragement of the Maths Department Head Teacher, I entered skills contests that were unashamedly called the Australian Mathematics Challenge and Enrichment Competitions. And challenging they were!

Reflecting on my younger self, it is difficult to know which came first: did the mathematical interest foster my love of puzzles and problem-solving, or was it my enjoyment in this type of play that encouraged a talent for maths? Or do I have to thank the teachers who were discerning enough to realise that there might be some academic basis for my fixation with little metal structures and wooden objects? Certainly, I am grateful to them for caring enough to provide me with endless opportunities to engage in an area of study that I found increasingly intriguing.

So really, it is as hard for me to judge when my interest in mathematics began as it is for most people to pinpoint when the black shapes on the page began to be words and represent sounds. And at this stage, when I am about to complete a double degree in Mathematics and Physics, it seems rather irrelevant. My interest in mathematics grew as I did, and just as naturally. Would I change it to engage in another discipline? I doubt that I could, even if such was my desire. And as for why it happened: my teachers or my own curiosity?

Perhaps some puzzles are not meant to be solved.

Cameron Shaw-Carmody
The University of Newcastle 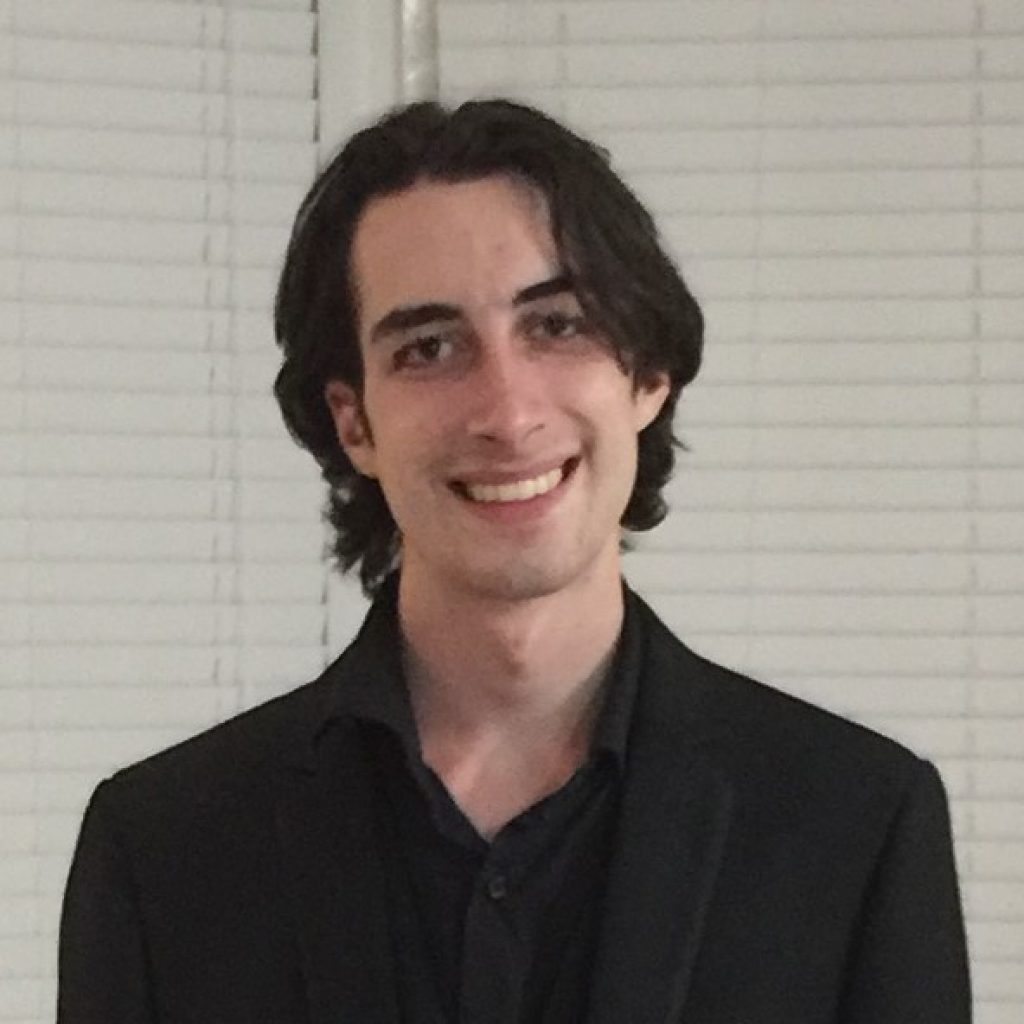