What is the first thing we envision when we think of something aerodynamic? A sports car, maybe? A bullet train, perhaps? A submarine for some strange reason?  Well, what if I told you that a Cybertruck with its flat front end, sharp corners and straight edges may be even better!

Well maybe not in the physical sense of aerodynamic resistance we all experience and love, but under the first mathematical model of aerodynamical resistance devised by Newton and published in his famous ‘Principia’. His model assumed that all fluid particles were equal and equally spaced far enough that they did not interact with each other. Moreover, the interactions between the fluid and whatever object was travelling under this fluid were perfectly elastic so there was no loss of energy within the system but there was a transfer of momentum between the particles and object, thus generating the resistance phenomenon.

Newton not satisfied with simply developing this model, he wondered what object would experience the least resistance withing a moving medium. He argued that for a solid with a circular base the object must be symmetric about the axis parallel to the direction of flow. With this assumption, Newton found his minimiser explicitly for any given height, which I have illustrated below. 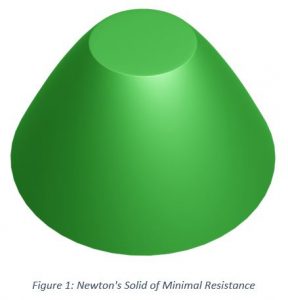 A panna cotta! Another discovery we can attribute to Newton. In all seriousness, the fact that the solid of minimal resistance had a flat surface at the top is counter-intuitive and highlights the difference in behaviour observed in Newton’s model and current aerodynamic understanding encompassing compressible flow models.

While Newton was right in many things, he was wrong about this one. I am not talking about the model (which is obviously wacky) but his solid of minimal resistance. Just 25 years ago (more than 300 years after Newton’s original publications), it was shown that some solids with non-radial symmetry experienced lower resistance than Newton’s solution. Quite recently, it was also proven that the actual minimisers resemble in a way Newton’s solution but instead of a flat circular top, they possessed flat tops of regular polygonal shapes and the number of sides of the polygon depended on the maximal height of the body.

I encourage you to look for yourself at the illustrations generated by Édouard Oudet in collaboration with Thomas Lachand-Robert in the link below, showing the aforementioned behaviour in numerical studies.

Now, what is my research project about? Well, Newton’s original statement mentioned that the solid studied had a circular base.  I then wondered what if we study solids with different base geometries, a square or a triangle maybe. Would we obtain similar behaviour to that experienced in the solid with circular base? The ‘answer’ is yes, we do! Moreover, we note that the resistance obtained was also dependent on the base geometry of the solid in a non-trivial relationship. 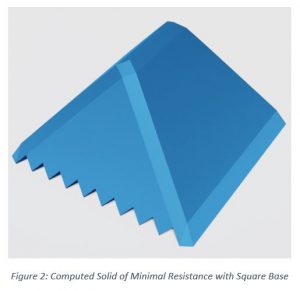 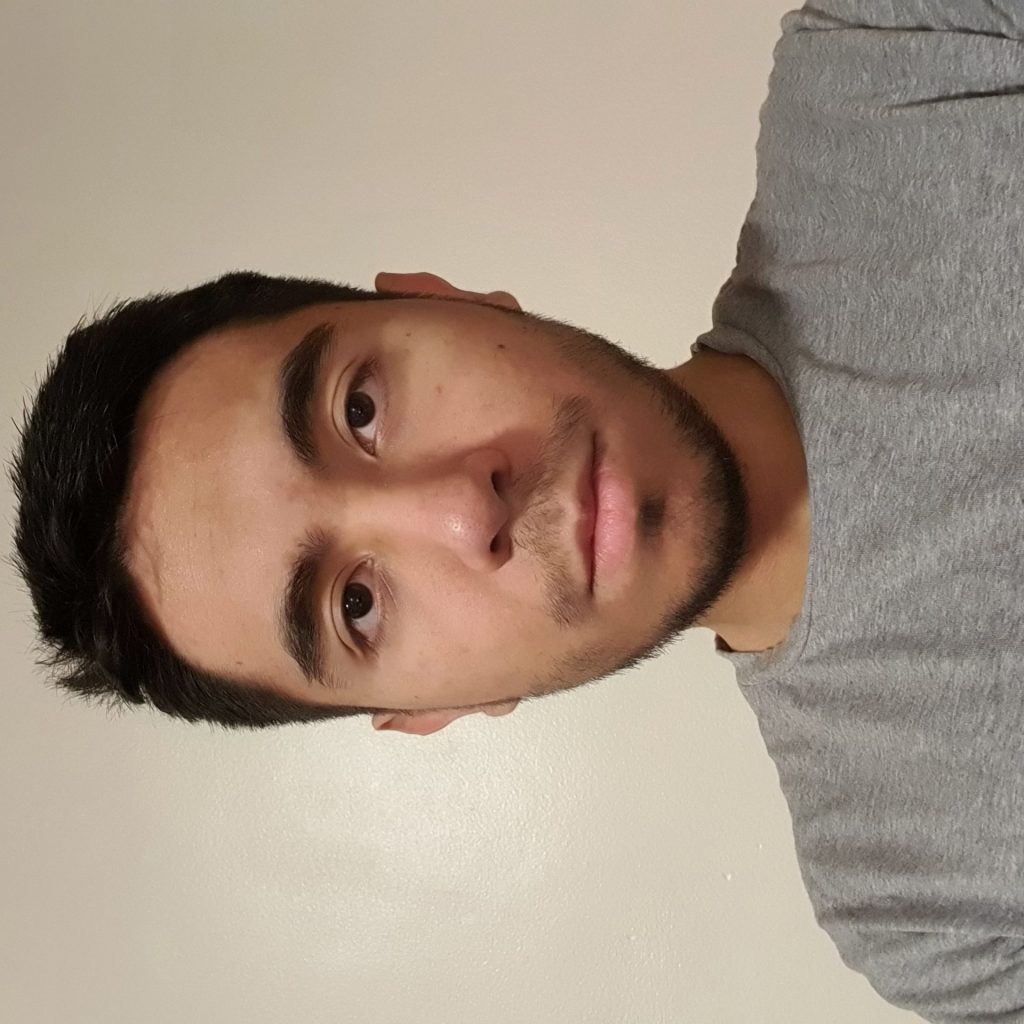