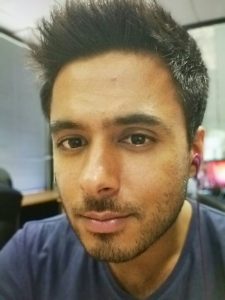 Asama has previously completed a degree in software engineering and is now focused on mathematics. He is interested in what can be accomplished by combining the insights of mathematics with the power of computing. His current project extends what he is studying now in functional analysis and partial differential equations, and he is excited about it as his first exposure to mathematical research.
Moving forward, there are many areas of maths Asama is looking forward to exploring such as differential geometry, topology and fractal geometry.

Wente’s classical estimate states that the solutions to some nonlinear elliptic problems are more regular than it appears, owing to some compensation phenomena arising from the special structure of the equations they satisfy. These estimates involve constants that depend on the domain of the equation, and estimating these constants are very important in practice. This project investigates new generalised Wente estimates and aims at finding good upper bounds for the constants appearing in the estimates.