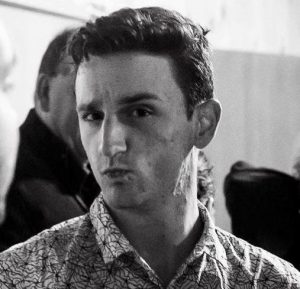 Benjamin Metha is a student at the University of Melbourne, having just completed a bachelor’s degree of science majoring in pure mathematics, and hoping to enrol in a Masters of Astrophysics. In 2016 he was awarded the Dixson Prize for pure mathematics, and in 2015 his name was added to the Dean’s Honours list.

Benjamin has a keen interest in the medical sciences, as it allows him to apply the skills he has learned in his undergraduate degree to help eliminate suffering around the world. In 2017 he completed an internship at Stanford University, where he helped improve image registration software developed for state-of-the-art ophthalmoscopes. This year he is working with Dr. Jennifer Flegg, an expert in epidemiology from the University of Melbourne, to study how malaria spreads through a population as well as how drug resistance spreads amongst malaria parasites, in the hopes of developing better treatment strategies for nations affected by malaria.

Modelling the spread of malaria and antimalarial drug resistance

Malaria is one of the deadliest diseases in the world, causing approximately 429 000 deaths in 2015 [1]. It is only by having effective treatment methods that this disease can be eliminated. However, the more often a drug is used, the more likely malaria parasites will develop resistance to this drug. As the number of effective antimalarial drugs on the market is limited, it is important to understand how drug resistance spreads amongst malaria parasites, so this disease can effectively be combatted now and in the future.

This project will compare a range of mathematical models for epidemics, using sophisticated software [2] and historical data to simulate the spread of malaria through a population and the subsequent emergence of drug resistance. Using these models, different public health intervention strategies can be compared, to find out which methods should be used to save the most lives in the long run.