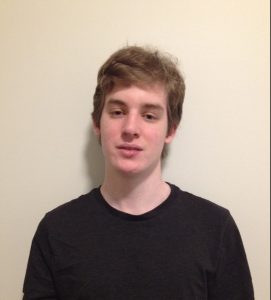 Doug Coulter is a fourth-year maths and physics student at the Australian National University. He plans to do honours in maths in 2019.