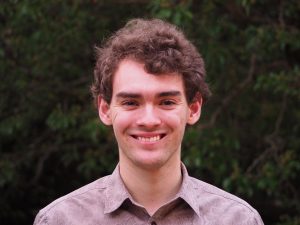 Drew Mitchell is a third-year student in the Bachelor of Science Advanced & Research (Honours) degree at Monash University majoring in Mathematics and Physics. He is interested in the areas of computational mathematics, optimisation and machine learning with a special focus on their applicability to real world datasets. He will be entering into honours study in 2018 and hopes to complete a project in the general area of numerical methods for big data analytics. Drew was awarded a research first scholarship in 2015/2016 as part of Monash Universities research first program and completed his project in experimental optics. He worked for Monash University as a science student ambassador in 2016 and a project support officer for the school of physics in 2016/2017. He is currently employed by Monash University as an ITAS (Indigenous Tutorial Assistance Scheme) tutor for mathematics. Drew also undertook an internship with AON Hewitt in the second semester of 2017 to gain experience in the industry of data analysis.

The data revolution is reshaping science, technology and business. Large-scale optimisation is emerging as a key tool in extracting useful information from the deluge of data that arises in many areas of application. This project will explore optimisation methods for big data that include the stochastic gradient descent (SGD) method, and use them to train models from machine learning such as logistic regression, with applications in classification and recommendation systems. The aim of the project is to learn about the algorithms and experiment with them, and we will investigate ways to improve important algorithmic properties such as the speed of convergence.