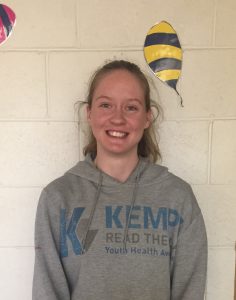 Eliza is completing her second year of a Bachelor of Science Advanced – Research (Honours) at Monash University, with an extended major in applied mathematics and a major in physics. Hoping to one day to be working in the research field, Eliza is furthering her studies in the fluid dynamics field. In her free time, she enjoys reading, yoga and walking.

Over 50% of the world’s nickel and 96% of the world’s platinum are found in magmatic sulphide deposits, which form from droplets of sulphide-rich liquid that develop in magma and concentrate in particular locations. Finding new resources for these valuable metals requires understanding the fluid dynamical processes involved in the evolution, transport and deposition of these droplets in a crystallising magma.

The droplets are much denser than the remaining magma and an open question is how they reach the upper levels of magmatic plumbing systems. One possible explanation is that vapour caps form on the droplets and the resulting “compound droplets” are buoyant. A recent explanation for the Earth’s largest mass extinction event is that vast amounts of nickel were introduced into the atmosphere from the basalts of the Siberian traps. Geologists have found evidence in the rock record there of “fossil” bubble caps associated with solidified sulphide-rich droplets.

This project will investigate the dynamics of such droplets and in particular how much dense liquid can be transported in this manner. This will involve asymptotic solutions for certain classes of small droplets where surface tension dominates and numerical boundary-integral simulations for larger droplets.