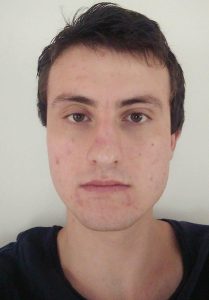 Jacob is currently in his third year of the Bachelor of Mathematics Degree at QUT, majoring in Applied and Computational Mathematics and Statistics. He plans to graduate at the end of 2017 and begin an Honours degree in the new year where he aims to continue the research into modelling cell motion he began with his AMSI project.

Jacob is primarily interested in the applications of differential equations and has previously completed a research project investigating solution methods to moving boundary problems.

Outside of study, Jacob is interested in sports and movies.

In mathematical biology it is common to model cell motion using Fisher’s equation, a second order PDE. The first part of this project involves reviewing the existing literature for Fisher’s equation, particularly around travelling wave solutions and modelling the spreading of cell populations. For the second part of the project, the student will generalise Fisher’s equation to account for cells being in one of two phases of the cell cycle. This will involve the implementation of numerical schemes to solve a coupled system of nonlinear PDEs. If time permits, the student will apply the above results to a case study, which will involve a two-dimensional migration and proliferation assay.