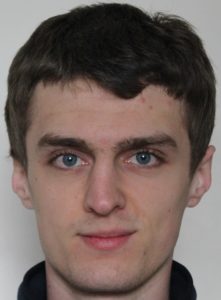 James is currently in third year, majoring in Mathematics as part of the University of Western Australia’s exclusive Bachelor of Philosophy program. In the first year and a half at UWA he completed a research placement in graph theory with Prof. Gordon Royle. In the 2017-18 UK academic year, he spent a year abroad studying mathematics at University College London. Pure mathematics Honours awaits him in 2019.

James’ goal in life is to become a career researcher, lecturer and professional mathematician. So far, all areas of mathematics have been far too interesting for a particular favourite to emerge, except for a strict ban on doing applied mathematics. To help his quest to find his specialisation, his primary hobby is to collect, read and study mathematical textbooks.

The Symmetries of Generalised Polygons

Incidence geometry is the area of geometry only dealing with incidence (when a point lies on a line, etc), with no concept of angle, length or area. Of particular importance is the finite case: only finitely many points and lines. This area is particularly conducive to group theory by studying geometries with certain symmetry conditions. This project focuses on generalised polygons: finite incidence geometries whose structure generalises certain properties of the standard polygons. These were first defined by Jacques Tits in the appendix of a paper relating to the classification of Finite Simple Groups, where they play a surprising role. The symmetries of the generalised polygons are related in mysterious ways to the simple groups of lie type. There are many open questions about the types of group actions these groups can have on generalised polygons The research component of this project is two fold: 1: to learn about the various components of this topic, group actions, transitive and primitive groups, the theory and examples of generalised polygons, the structure of the finite simple groups and how they relate to each other. 2: Tackle the open question of whether there are “non-classical” generalised polygons on which some simple group of Lie type acts point and line primitively. So far there has been progress in finding restrictions on the type of groups and polygons for which there are point and/or line primitive actions. The aim of this project is to attempt to rule out specific examples as possibilities for giving a primitive action on any generalised d-gon, d>3.