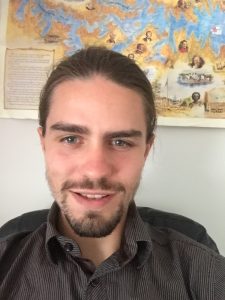 James is an undergraduate student at ANU who is originally from Adelaide. He is aiming to start my honours year in 2019, specialising in optimisation and inverse problems focusing on regularisation. He began his studies in mathematics and physics at the University of Adelaide in March 2014 after a gap year from high school, where he studied mainly drama, English and visual arts. During his gap year he took some courses focusing on computer networking on Windows and Linux systems.

I will be exploring the mathematics of uncertainty quantification in relation to aerofoil simulations using the open source fluid dynamics package su2, aiming to better understand and reduce uncertainties in simulations. I intend to research the mathematics of Monte-Carlo sampling methods & other related statistical pre-requisites. Furthermore, I aim to include a discussion of the importance of high- and low-fidelity sparse grid interpolation, and the general mathematics of sparse grids, as well as surrogate meta-models. The in-depth mathematical details of each section will be heavily regarded; derivations, theorems and proofs will be included as necessary.