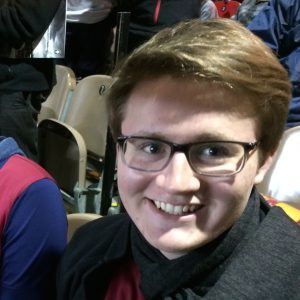 James McCusker is currently a student in the Bachelor of Mathematical Sciences (Advanced) at the University of Adelaide, with a keen interest in both Pure Mathematics and Statistics. After graduating in 2015 from Glenunga International High School, James entered a degree in Electrical & Electronic Engineering, but pursued a change of study after developing a strong passion for Mathematics. His academic interests primarily lie in Differential Geometry, as well as the connections between seemingly separate areas of Mathematics.

The generalisation of the complex numbers to quarternions and subsequently octonions poses several interesting questions, as these higher dimensional algebras continue to lose properties, with the quarternions being non-commutative and octonions even being nonassociative. We first aim to investigate these properties and derive a proof of Hurwitz’s Theorem about the classification of normed division algebras. The next and primary aim of the project will be to focus on the geometric constructions related to the quartonions and octonions. most notably, we will consider fundamental geometric constructions such as the group structure on the 3-sphere and the Hopf fibration. Moreover, the octonions will lead us to consider an important matrix group – one of the exceptional Lie groups, which can be realised as an automorphism group of the octonions.