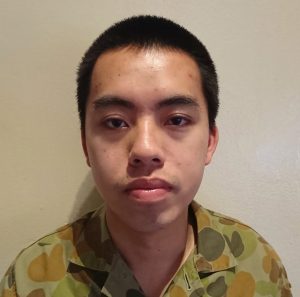 John Su is a student at the University of Sydney undertaking a Bachelor of Laws and Bachelor of Science (Advanced Mathematics). His academic interests lie in the area of theoretical statistics and probability theory, particularly in the application of probability theory to financial mathematics. To this end, he intends to undertake Honours in applied mathematics with a focus on financial mathematics in 2019. Outside the classroom, he is the current President of the Sydney University Mathematics Society (SUMS). John is also an active member of the Australian Army Reserves where he is undertaking military and leadership training as an Officer Cadet at Sydney University Regiment to be commissioned as a Lieutenant. His interests include long distance running, building Gundam models and playing Magic: The Gathering. He aspires to compete again in the Sydney Morning Herald Half-Marathon in 2019.