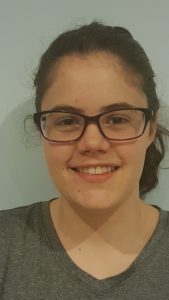 Kyria Wawryk is a second-year university student studying a Bachelor of Science Advanced Research – Honours. Her first introduction to research was in her final year of high school, where in collaboration with one of Monash University’s astrophysicists, she wrote a literature review on exoplanets. After this she fell in love with research, deciding to pursue a degree that focused on this aspect of science. Her majors are astrophysics and mathematics, although she really enjoys computer science, and tries to incorporate that into her education however she can. As well as learning about computer science, in her spare time she mentors high school students learning how to program. Outside of her academic endeavours, Kyria can often be found reading a book and drinking tea.

Precession of the Perihelia in a Schwarzschild Spacetime

Einstein’s theory of General Relativity predicts that planets, such as Mercury, will follow orbits that are well approximated by an elliptical orbit rotating about the Sun — commonly referred to as the precession of the perihelia. In this project the leading order predictions given by Einstein will be compared against the predictions obtained by a numerical solution of the full set of orbital equations. The work in this project will be begin by developing the underlying mathematical equations followed by writing a computer program to construct the numerical solutions.