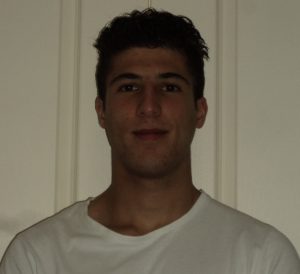 Marcus Pensa is a student in the Faculty of Medicine, Nursing and Health Sciences with a concentration in Biomedical Science and Mathematics at Monash University. He is interested in mathematical modelling of biological systems. Marcus is in his final year of study in his Bachelor of Biomedical Science degree, for which he has been awarded the Monash Scholarship for Excellence for two consecutive years. In 2015, Marcus was recognised for his outstanding course work in the University Mathematics subject Techniques for Modelling where he was awarded the Highest Academic Performer. He has recently completed a summer research project with the Australian Regenerative Medicine Institute (ARMI) where he created a construct which is to be used for reprogramming adult marmoset (monkey) cells into stem cells in a novel way. Marcus believes that research presents an opportunity to combine his interests in cells, tissues, organisms and numbers.

One of the first patterning events in the development of multicellular organisms is the production of a polar body from the symmetric Oocyte. The origin of these polar bodies is poorly understood. The first sign that the polar body is going to be produced is the asymmetric polymerisation of actin at the Oocyte surface. This can be seen from 2D images of slices of the cell. The cause of this polymerisation and actin accumulation is uncertain. A prevailing hypothesis is that a morphogen is produced that stimulates the actin polymerisation. In this case, actin polymerisation should occur in locations of high morphogen concentrations. Assuming the morphogen distribution in the cell can be modelled with the modified Helmholtz equation, we will attempt to use the sliced experimental images of actin to infer the source of morphogen production to aid in its discovery.