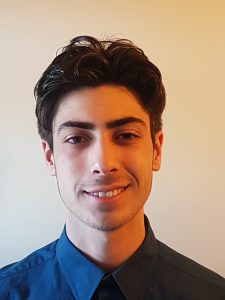 Michael is currently a student at Monash University studying a Bachelor of Science/Bachelor of Music double degree, majoring in both Pure Mathematics and Jazz Composition, respectively. His mathematical interests involve analysis and differential geometry and through his undergraduate, he is intent on further exploring these fields. He has recently participated in the inaugural Simon Marais Mathematics Competition and was involved in a mathematics enrichment program at the tutelage of Dr Angelo Di Pasquale throughout VCE. Having always been fond of music, Michael is forever excited by the potential to unify his musical and mathematical creativity in whatever his future studies may involve.

Functionals of higher-order derivatives of curvature for surfaces

The core aim of this project is to further the understanding of the Willmore energy, which arises in conformal geometry, elasticity mechanics, general relativity, and string theory. Using variational methods, the student will derive the Euler-Lagrange system of equations for critical points of energy functionals involving higher-order derivatives of curvature. With the help of Noether’s theorem, this system of higher-order equations will be reduced to a larger system of PDEs of lower order, paving the way for a rigorous analysis of the solutions of this system of equations. All which will be done is novel and could potentially appear in print at a later time.