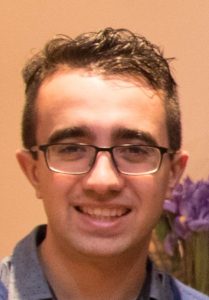 Nicholas is a second-year student at the University of Sydney studying a Bachelor of Science (Advanced Mathematics). He is majoring in Mathematics and Nanoscience and Technology looking to take an honours year in Mathematics. He is interested in various areas of Mathematics, from applications of mathematics such as modelling to combinatorics and linear algebra.

Sexual selection is a key driving force in evolution. Division of a species into two sexes, male and female, enables differences and conflicts of interests to arise. When the outcomes desired by each sex do not align, an evolutionary compromise generally forms. This project investigates the nature of these sex conflicts with specific focus on mating strategies through mathematical modeling. Specific emphasis will be given to female mating strategies, a less modelled area in evolutionary biology with aims to unite this with competing male mating strategies. This investigation will take both an agent-based and analytical approach to this problem.