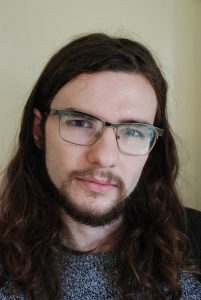 I am Patrick Adams, currently completing my third year in a Bachelor of Science, Master of Nanotechnology double degree. In my time as a student, I have completed many projects including investigations of the UV laser beam writing, simulation of x-ray beams, and reports on scientific imaging techniques. Although most of my research has been predominately physics based, my true passion is mathematics, having excelled in subjects of Linear Algebra, Mechanics, Complex Analysis, and Statistical Computer Simulation. I am excited to begin my first mathematics research project investigating planar graphic sequences, as it will bring together my greatest passions, mathematics, arts, and computer programming.

A sequence non-negative integers greater than one is called graphic if there exists a simple graph whose vertices have degrees in the sequence of interest. Characterizing graphic sequences is given by the classical Erdos-Gallai Theorem, however there is no indication as to whether the graph is planar or not. This project will involve finishing up open cases in graphic sequence theorems and giving characterization for two-term planar graphic sequences. This project will use graphic-theoretic, combinatorial techniques and computer assisted approaches.