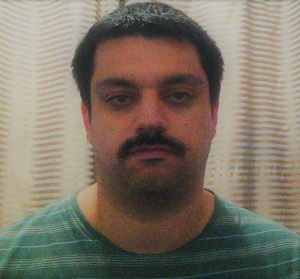 Peter is a fourth-year student studying mathematics and computer science at the University of Newcastle. Peter was awarded a Summer Research Scholarship by the University of Newcastle in 2016 to investigate the distribution of indivisible goods. Peter has a strong interest in mathematics, in particular its applications to other fields of study and intends to
do honours in 2019 and move on to research.

An essential step towards understanding 0-dimensional symmetry is to describe the totally disconnected, locally compact (t.d.l.c.) groups which are simple. Simple groups are those which cannot be factored into smaller pieces and they are sometimes called the ?atoms of symmetry?, or said to be analogues of the prime numbers in number theory. This project investigates t.d.l.c. groups of infinite matrices. It is suspected that these groups will be found to be simple and we will aim to show that by first studying corresponding groups of n×n matrices which are known to be simple.