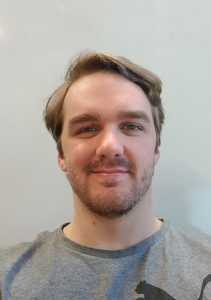 Measuring species dispersion is one of the key challenges of statistical ecology. Although abundance studies are often used to measure species dispersion, occupancy models constitute a more time and cost-efficient method. In their paper on site occupancy rate estimation, Mackenzie and colleagues introduced a general likelihood function for their occupancy model. Depending upon two parameters, namely probability of occupancy and detection, the likelihood function can be used to estimate the probability of presence of the species of interest at a specific site. According to Mackenzie and colleagues, estimates of these two parameters can be found simultaneously by using numerical maximisation techniques, applied to the general likelihood function. A recent method developed by Karavarsamis and Huggins, the two-stage approach, applies an orthogonal transformation to the parameters, thereby separating the likelihood function into two partial likelihood functions, which can then be maximised to independently find estimates for the probabilities of occupancy and detection.

This research project aims to contribute to the field of statistical computation by developing an R package that applies the Karavarsamis and Huggins method of parameter estimation.