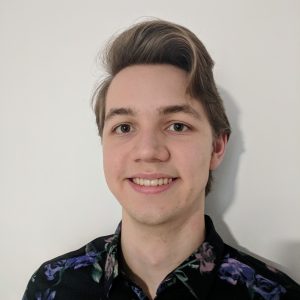 Rohin is currently studying the Bachelor of Advanced Science (Honours) at the University of Queensland. His interests lie mostly in the study of algebra and geometry. Throughout his degree, Rohin has gained valuable skills not only in his field of interest, but also in communicating to general and specific audiences. In particular, his work as a casual academic (tutor) for the University of Queensland has allowed him to impart his passion for the mathematical sciences to his fellow peers. In the future, he wishes to continue doing this for more of his fellows, whilst also undertaking his honours project in a similar field to this project.

The aim of this project is to study geodesics on low-dimensional homogeneous spaces, and in particular to prove the non-existence of clsoed geodesics for invariant Riemannian
metrics on some of the eight of Thurston’s three-dimensional model geometries. More specifically, we write the geodesic equation for arbitrary left-invariant metrics on one of the two simply-connected, non-abelian, solvable Lie groups which model the geometries: Nil and Solv (the Heisenberg Group H_3(R) and the group E(1, 1) of motions of the Minkowski plane, respectively). We also discuss the solutions of the differential equations thus obtained by exploiting the solubility of their Lie algebras.

Note: time permitting, we will also do the same for the universal cover of the special linear Lie group SL_2(R)