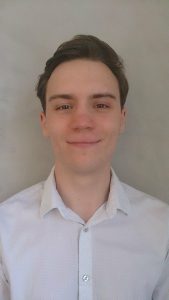 Sean just completed his second undergraduate year at Monash University, studying science and majoring in pure mathematics. His mathematical interests include functional analysis, generating functions, group theory, and more. In 2016, he also undertook a project on Kakeya sets and their application to Fourier multipliers, in particular the multiplier problem for the ball. He hopes to undertake postgraduate studies in mathematics in the future.

The interface between mathematics and physics has proven to be a fertile area for the discovery of new invariants in knot theory. One such example is the so-called 3d index, which was discovered by theoretical physicists in 2011 and has since received a great deal of attention from mathematicians. The basic building block of the 3d index is a construction known as the tetrahedron index. From this object, one can derive sequences of integers, whose terms are conjecturally positive and whose combinatorial interpretations are currently unknown. We propose to prove these positivity conjectures and seek the missing combinatorial interpretations, which may shed new light on the 3d index.