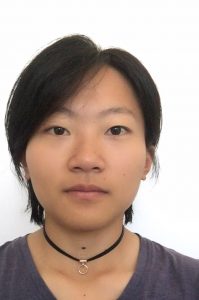 Shidan is a third-year student doing her Bachelor of Science degree with a major in statistics at RMIT University. She is interested in the application of mathematics/statistics in finance, and wish to pursue a research degree in the field of financial mathematics.

The project will be roughly divided into three parts. The first will be introducing of a Multivariate GARCH models derived from the GARCH family started by Engle (1982). Indeed, these models are popular tools for risk management and portfolio selection, but they suffer from the curse of dimensionality. In other words, when the number of assets in the investment universe is large, many multivariate GARCH models exhibit unsatisfactory performance or cannot even be estimated in the first place due to computational problems. Therefore in this project we will use the dynamic conditional correlation (DCC) model originally proposed by Engle (2002) against large dimensions to improve a spatial approach for modelling risk spillovers using financial time-varying proximity matrices based on observable networks. The second part of the project will be using the methodology to combine two tools. The first tool is the composite likelihood method of Pakel et al. (2014), which makes the estimation of a DCC model in large dimensions computationally feasible and the nonlinear shrinkage method which results in improved estimation of the correlation targeting matrix of a DCC model. Further, using this approach can lead to an improvement to the BEKK model presented in Engle and Kroner (1995). Finally we would look at the spatial approach for modelling risk spillovers using financial time-varying proximity matrices based on observable networks and the approach which is mentioned in the second part. We show how these methods could be useful in investigating the role of portfolio composition in risk transfer, and its ability to reduce the forecasted system variance and thus the risk of the system.