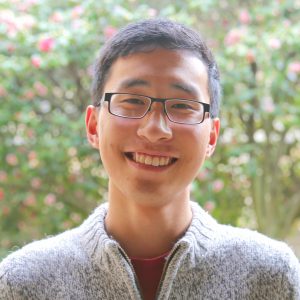 Stephen is in his final year of his undergraduate degree majoring in Applied Mathematics (as well as Molecular Biology!) at the University of Melbourne. Stephen has a keen interest in applications of mathematical and computational techniques to problems arising from applications to the natural sciences.

After finishing up with his undergraduate, Stephen intends to pursue further training in applied mathematics at a postgraduate level.

In his spare time, Stephen enjoys listening to music, fooling around with computers and programming, and long distance running.

A wealth of physical and scientific phenomena can be modelled as random walks of multiple discrete agents on one-, two- or three-dimensional lattices. Such systems in which there is either no agent-agent interaction, or in which interaction is limited to simple exclusion, have been well-studied previously. In models specific to certain problems such as cell motility and migration, it becomes necessary to incorporate a range of additional factors to these simple models. In this project, we aim to consider such systems in which there are two species of persistent random walkers, subject to a simple exclusion constraint in two dimensions, from both a macroscopic and a microscopic perspective.