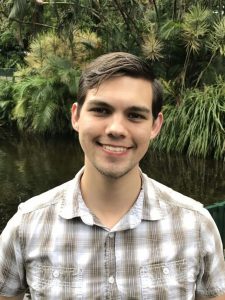 Steven Kedda is a Queensland University of Technology (QUT) undergraduate student who studies a double bachelor degree in mathematics and science, majoring in applied and computational mathematics and physics, respectively. Steven started his double bachelor degree in 2014 and aims to complete his undergraduate studies by the end of 2018, including an honours year. In Semester One 2016, Steven received the Dean’s List Award for academic excellence. After graduating, Steven intends to pursue a Ph.D in mathematics, where his specific fields of interest are fractional calculus and numerical analysis.

Steven has previously undergone two summer research projects between academic years at QUT. The first project investigated the (G’/G)-expansion method for solving differential equations, the second project looked into the optimal control theory for chemotherapy in HIV patients in order to determine the optimal administering rate of chemotherapy treatment over time. This summer, Steven will undergo another research project about parameter estimation for the fractional order nonlinear dengue fever epidemic model.

Steven’s non-academic interests include studying Chinese language and culture, having studied Mandarin Chinese for over 2 years and soft-style application Tai Chi for over four years. Steven has been an executive member of the Australia China Youth Association student club for the past two years, being president of the QUT chapter from August 2016 to September 2017. In this role, Steven organised casual and professional events to help forge bilateral relations between Australian and Chinese students.

In the last decades, dengue fever is a disease that has been found to cause problems whose magnitude has increased dramatically. The World Health Organization (WHO) recently stated that it is the most important arthropod-borne viral disease of humans. Fractional derivatives epidemic systems have also been used to deal with some epidemic behaviours. This proposal aims to carry out innovative and novel research on developing efficient, robust, accurate computational models and parameter estimation techniques for the fractional order nonlinear dengue and epidemic models (FONDEM).