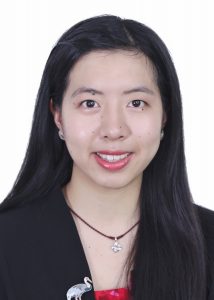 Tianhe Xie is a third-year student at the University of Melbourne majoring in Neuroscience with a concurrent diploma in Applied Mathematics. With an ambition of unmasking the secrets of brain and cognition, she is particularly interested in bioinformatics.
So far Tianhe has obtained research experience through participation in various projects in ecology and mathematics, including building population model for koalas on French Island, designing algorithm to find a heuristic allocation and location for cluster heads and extracting and analysing geo-spatial data for Siberian cranes migration.

The population history of indigenous Australians: what can the available genetic data tell us?

In recent months, three major papers have appeared making strong claims about the population history of indigenous Australians from genetic data: two appeared in Nature. One of them used autosomal DNA, the others relying on only the mitochondrial DNA. The claims from these papers appear to conflict with each other, and many appear to be too precise to be adequately supported from genetic data alone. Much of the data from these papers is available to other researchers, and other data genetic resources are available for indigenous Australians and New Guineans.
In this project, I aim to apply more careful statistical inferences that may be able to resolve some of the differences among these authors, and to distinguish claims that are strongly supported from those that are more speculative.