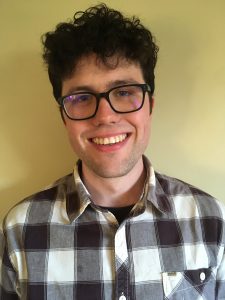 Tim is a student at the School of Mathematical Sciences at Monash University. Having just finished his Bachelor of Science, he is keen to begin his Honours year. In the future, he is interested in continuing studying graph theory, combinatorial geometry and other forms of combinatorial problems. Outside of mathematics, Tim enjoys theatre, playing guitar and playing video games.

Geometric graph theory is the study of graphs arising from configurations of geometric objects, such as points and lines in R2. A graph is an abstract network, consisting of specified objects and a relation indicating whether two objects are ‘adjacent’ to one another; they are valuable tools for studying the rich combinatorial structures that can arise from such configurations.
We acknowledge and pay respect to the Traditional Owners of the land upon which we operate
ABOUT