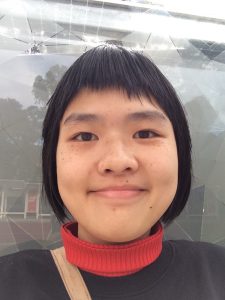 Yao is studying a Bachelor of Science degree with a major in mathematics at La Trobe University. She enjoys studying the general properties of various algebraic structures such as groups, lattices and vector spaces. An incorrigible miser, Yao appreciates that doing mathematics require only a pen, paper and a trash can. (She appreciates philosophy for similar reasons.)

Yao also has a liking of tabletop games, fantasy and world building. Giving a fictional world drastically different properties than our own and seeing what follows can lead to something beautiful.

Algebra and geometry of quandles

A quandle is a set with a binary operation satisfying certain axioms. They were originally introduced to describe the algebra of Reidemeister moves in Knot Theory, but exactly the same algebraic construction could be used for axiomatic description of Riemannian symmetric spaces and so quandles can be viewed as “algebraic symmetric spaces”. In the project, we aim to first study the known results, and then to focus on understanding and classifying quandles of small cardinality and quandles which are discrete analogues of k-symmetric spaces.