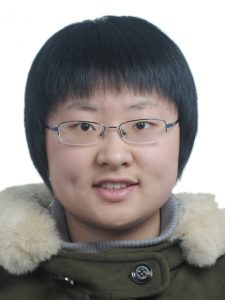 Yueyi Sun is currently a third year Science student in the Mathematics and Statistics, at The University Of Sydney. She will graduate in Dec. 2017 with a Bachelor of Science (advanced mathematics) and minor in IT. She is interested in financial mathematics and risk management. More specifically, her work examines games theory.

Can we make money using the game theory?

The first part of this project will be devoted to learning basic concepts of game theory. This will require reading selected sections from [1]. An emphasis will be put on Nash equilibria and their properties. Nash equilibrium is a very nice mathematical idea but it leads to many mathematical diculties and it is far from obvious that it describes behaviour of real economic agents [4]. It is usually not unique and very unstable and these properties undermine its applicability. On the other hand it is very conservative towards risk taking while real agents are typically much more optimistic. We will learn about some modications of the concept of Nash equilibrium, such as maxmin strategies [5] or evolutionary games, [4]. An associated concept of (bounded) rationality will also be studied. We will follow here the classical works by Aumann, Simon and Myerson.
In the second part of the project we will study some modern extensions of the game theory developed for situations when the number of players (economic agents) is very large. The starting point for this new development is the assumption that the economic agents are “exchangeable”, that is, the joint probability distribution of the positions of all players does not change after arbitrary permutation of the players. Then an intractable (high-dimensional) problem of nding the Nash equilibrium can be reduced to a game against a single opponent representing the mean behaviour of the population of players. This approach has been borrowed from the mean eld theory in statistical physics but the optimisation problem brings new mathematical questions and a wide range applications in economics, mathematical nance, biology and social sciences for example in modelling crowd behaviour). It is known as the mean eld games (MFG) approach (or theory).
In this project we will focus on some recent attempts [2, 3] to use the MFG theory in order to describe how the market equilibrium arises from actions of a large (innite) number of economic agents. It turns out that this approach provides important insights into the high frequency trading and predatory economic behaviour. We will concentrate on the single-queue model for the price formation in high frequency trading, as presented in Section 3 of [3]. The main simplifying assumption made in this section is that the process of arrivals of traders is described by an exogenous Poisson process with a xed intensity . We will investigate a situation, when the intensity (x) depends on the size x of the queue. To this end, we will try to modify arguments presented in [3]. Since in [3] the innitesimal arguments at equilibrium are used to derive the basic mean eld game equation, we expect that such an extension is achievable. In the project we still assume that the intensity function x ! (x) is exogenously given but our assumption that depends on x is a modest attempt to take into account the fact that behaviour of the traders depends on the state of the market. An interesting question how this function arises as part of the equilibrium is beyond this project.
References
[1] Aliprantis, Charalambos D.; Chakrabarti, Subir K. Games and decision making. OUP, 2011
[2] Carmona R.; Webster K. High Frequency Market Making Making,
https://arxiv.org/abs/1210.5781
[3] Lachapelle, Aimé; Lasry, Jean-Michel; Lehalle, Charles-Albert; Lions, Pierre-Louis. Eciency of the price formation process in presence of high frequency  participants: a mean eld game analysis. Math. Financ. Econ. 10 (2016), no. 3, 223-262
[4] Mailath, George J. Do People Play Nash Equilibrium? Lessons from Evolutionary Game Theory. Journal of Economic Literature 36, No. 3 (Sep., 1998), pp. 1347-1374
[5] Pruzhansky, Vitaly. Some interesting properties of maximin strategies.  Internat. J. Game Theory 40 (2011), no. 2, 351-365